Tom Ford – When the youth of America… 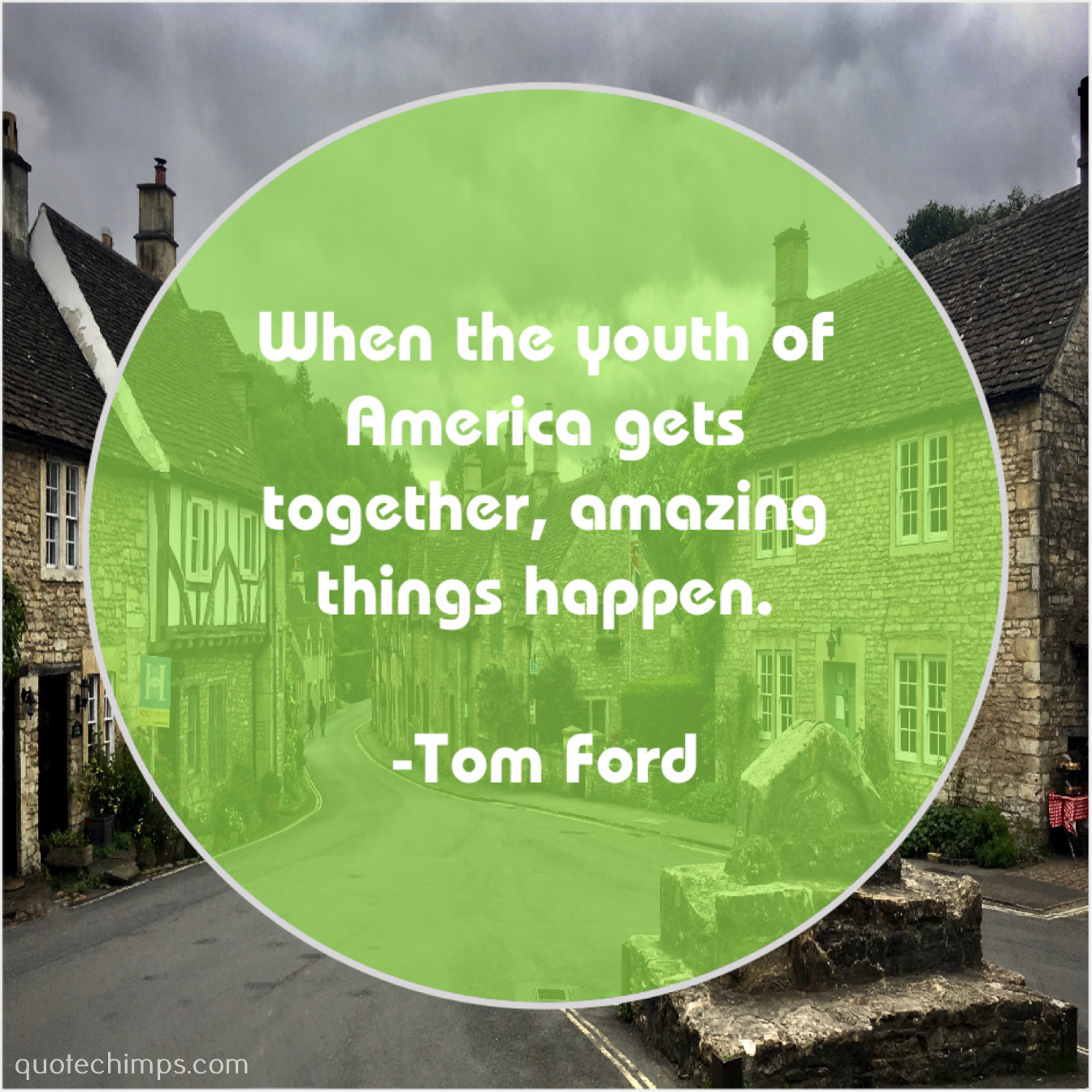 “When the youth of America gets together, amazing things happen.”
-Tom Ford

Tom Ford – When I was a little… 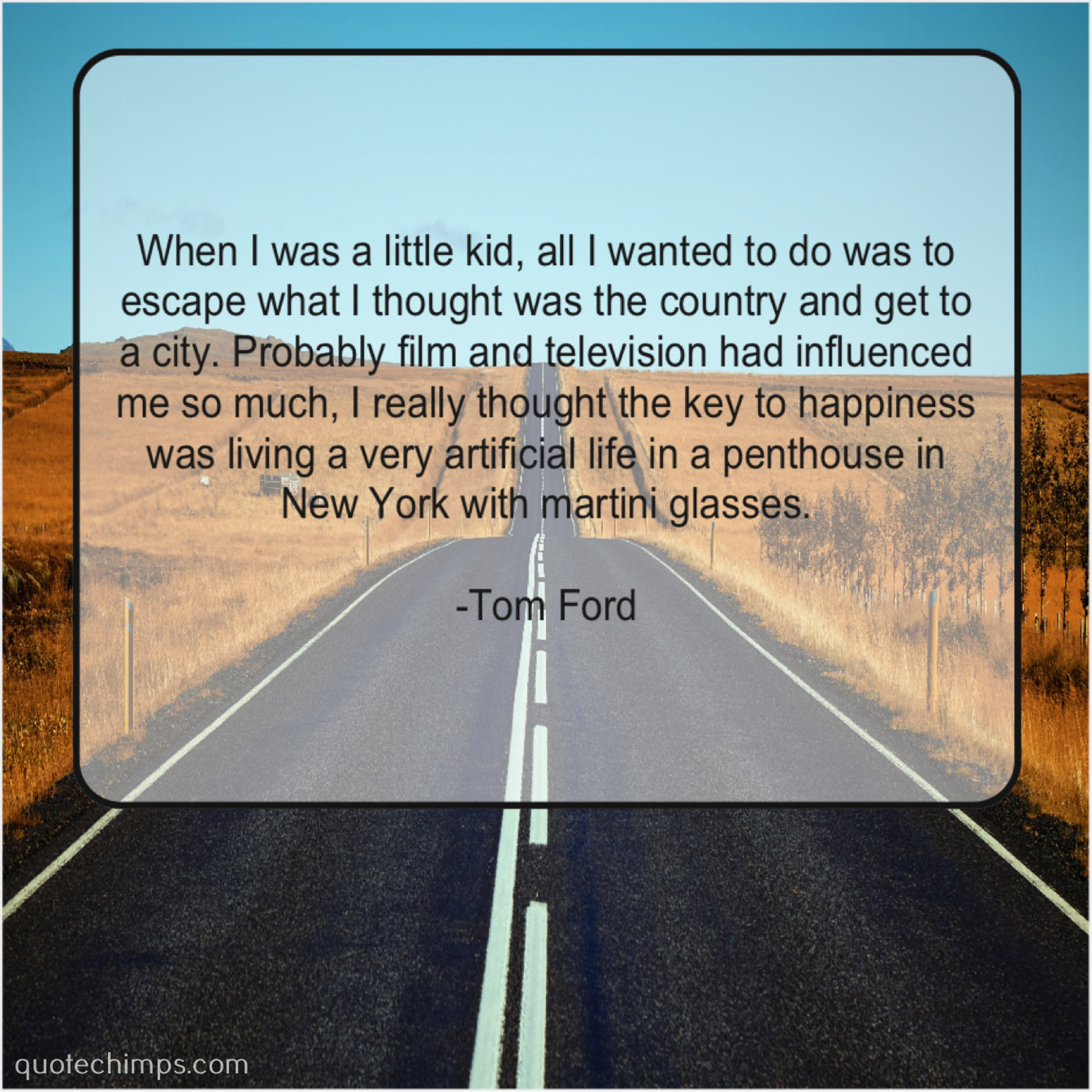 “When I was a little kid, all I wanted to do was to escape what I thought was the country and get to a city. Probably film and television had influenced me so much, I really thought the key to happiness was living a very artificial life in a penthouse in New York with martini glasses.”
-Tom Ford 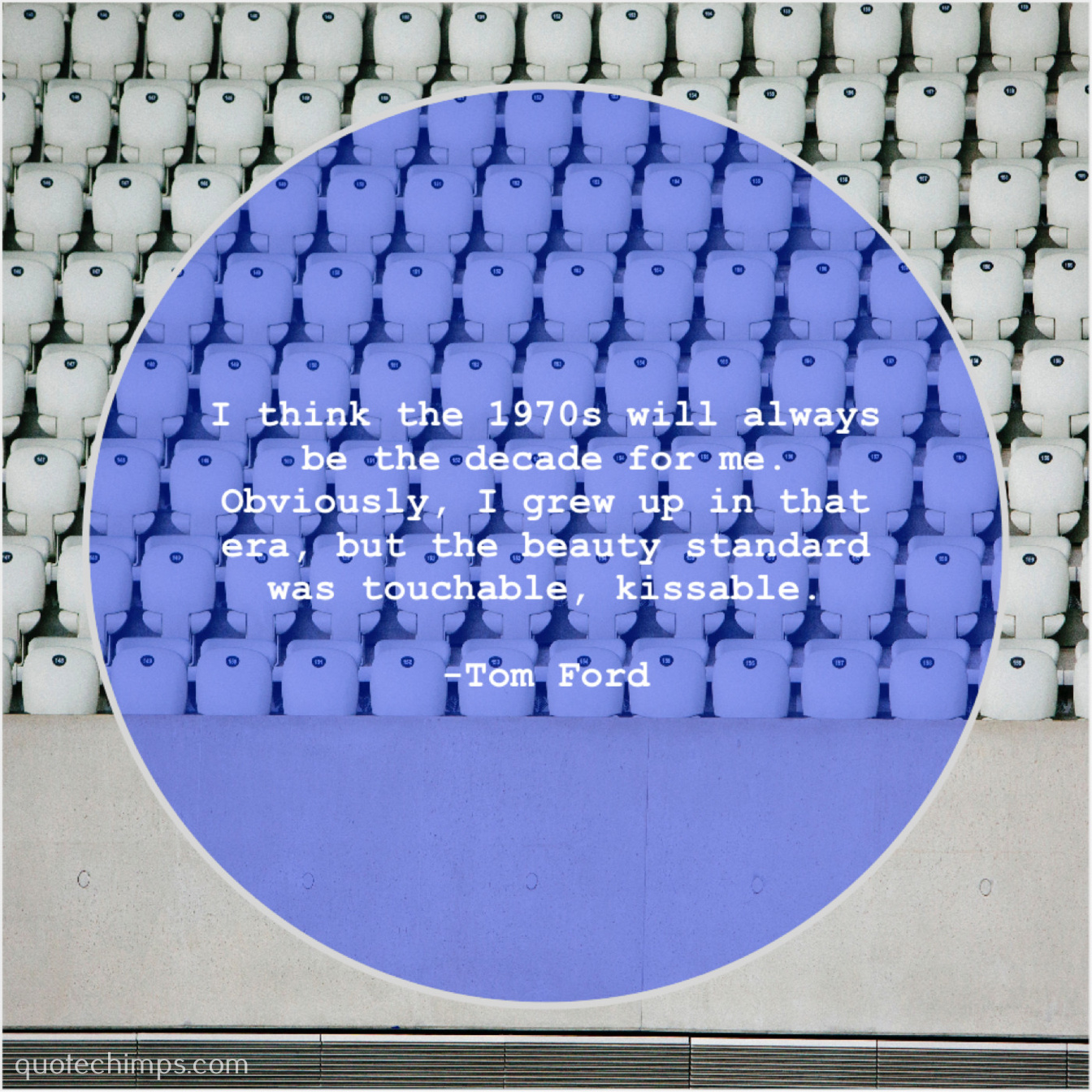 “I think the 1970s will always be the decade for me. Obviously, I grew up in that era, but the beauty standard was touchable, kissable.”
-Tom Ford 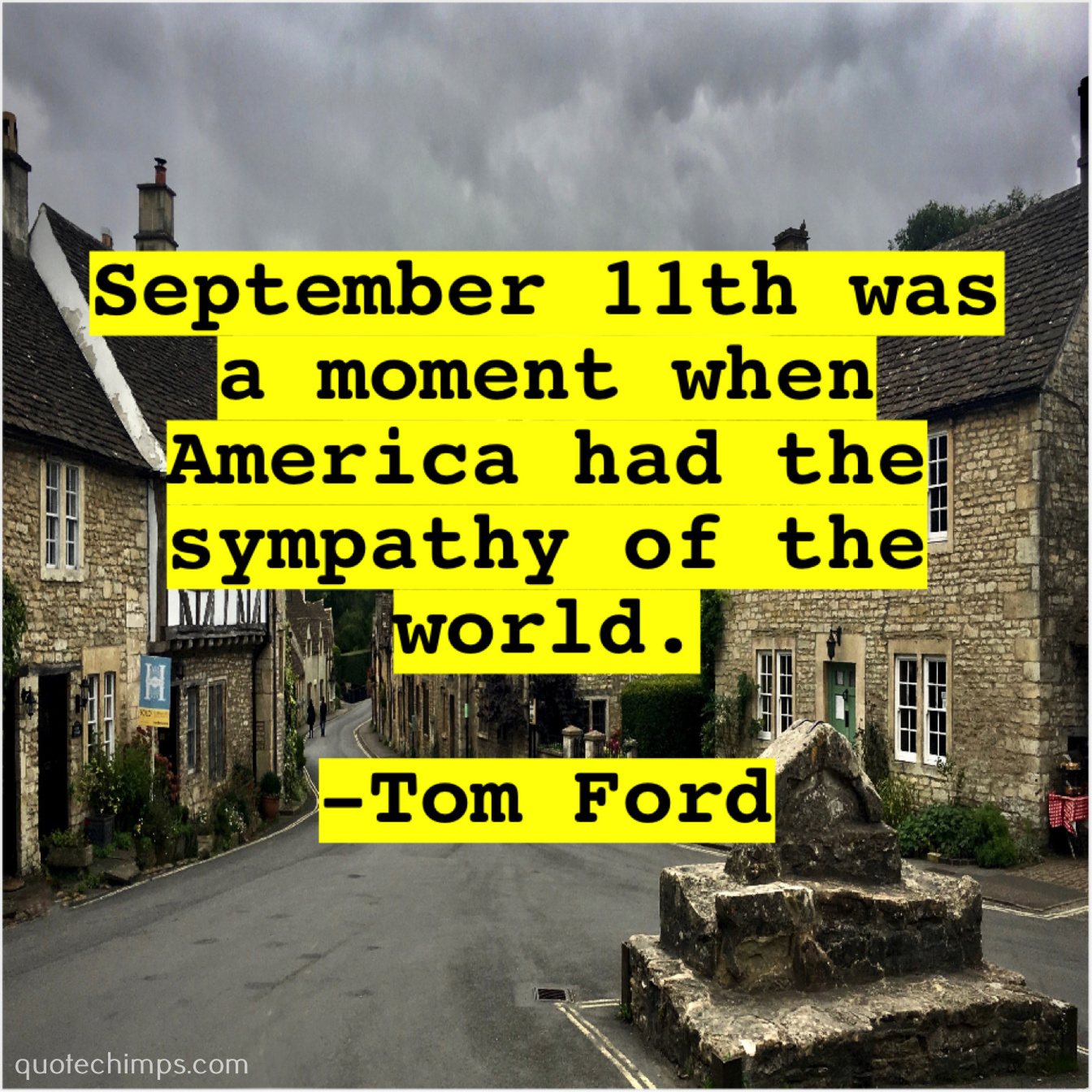 “September 11th was a moment when America had the sympathy of the world.”
-Tom Ford